Posted:  23Apr19 – Only an attorney can give you legal advice. 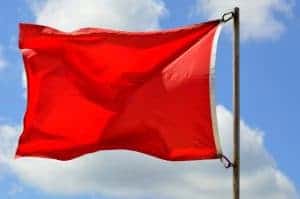 Recently SDF has received questions from members concerned about red flag laws and whether SDF covers this situation.

SDF Answer: YES – NO – DEPENDS is the best answer we can give. SDF is a criminal and civil litigation membership association that has specialty attorneys that defend members if they use a weapon in self-defense.  It is not a gun rights association like the NRA which is a legislative membership association. In our opinion it is the job of the NRA and other such gun-rights organizations to prevent the passage of so called red flag laws.

That being said SDF can help its members in some situations. For example, if you are a law abiding citizen, mentally competent, and have no convictions or history of threats to kill other people in government, schools, or the work place, etc. then SDF attorneys can help.

Some have asked the question “What if I am falsely accused?” SDF understands that it is possible that your accuser could be a disgruntled employee, a bitter ex-spouse or relative, a vengeful neighbor, an anti-gun liberal or even an anti-gun policeman. In this example then that is a self-defense situation and SDF can help.

NOTE:  The above is just an example and each case is different. The hypothetical situations are too numerous to give an answer except for yes, no, depends.

Before law enforcement can act an attorney has to petition a court to temporarily prohibit a person (you) from having guns if they present and/or demonstrate red flags of violent behavior.  Again, if you have no provable recorded history of violent behavior, verbal threats, or threats on social media then that is a self-defense situation and then SDF can help.

Our opinion is that the greatest potential for abuse arises when the police or a citizen (“the petitioner”) seeks a temporary order without informing the gun owner. Guns are property, and the 5th and 14th Amendments to the U.S. Constitution provide that people may not be deprived of property without due process of law. These laws are blatantly unconstitutional, because they don’t require a criminal act for police to respond.

The Supreme Court has ruled that before the government can confiscate or infringe upon property, the owner is entitled to an opportunity to defend him-self or her-self. He or she is entitled to have a lawyer, cross-examine, and take advantage of other procedural benefits afforded by our legal system.

The NRA has voiced support for red flag laws, as reported by the media, and has recommended conditional support for Red Flag Laws, which empower law enforcement and immediate family members to petition a court to temporarily prohibit a person from having guns if they present red flags for violent behavior.  Unlike the NRA it is our opinion that red flag laws are dangerous and can be easily abused.

By definition, “red flag” laws use mere suspicion of what one “might” do as justification to seize a person’s firearms.

The commonly called “Red Flag Laws” are also known as Extreme Risk Protection Orders (ERPOs) or Gun Violence Restraining Orders (GVROs) which enable law enforcement, and sometimes family members and other concerned parties, to petition a judge to remove guns from individuals who, in their opinion, pose a threat to themselves or others.

Before 2018 only five states had some version of red flag laws. After the Stoneman Douglas High School shooting in Parkland, Florida, in 2018, that number more than doubled, as more states enacted such laws: Florida, Vermont, Maryland, Rhode Island, New Jersey, Delaware, Massachusetts, Illinois, and Washington, D.C. and other states are considering.

One comment on “Red Flag Laws: Does SDF Cover You?”